India’s spending in cyber-security has lagged far behind, prompting several analysts to believe that a security alliance with other nations could be its best option to defend its fragile infrastructure. The cyber arm of the Maharashtra Police has reported that there has been a significant rise in the number of malware sample seeking weakness in Indian cyber infrastructure over the past five days, most of which have been traced to Chengdu, a Chinese city.

More than, 40,000 these probes were discovered mainly affecting the IT and banking industries in India. The notice comes on the back of an advisory issued on Tuesday by the cyber wing, warning of a large-scale phishing attack disguising itself as an email with the subject line, ‘Free Covid-19 testing.’ Cyber-threatening Intelligence Company Cyfirma also observed that cyber-attacks rose by 200 per cent in June compared to May following the escalation of tensions at the Indian-China border. In hacking communities on the dark web, the firm found increased chatter, the subject of which was the orchestration of attacks on a range of different Indian companies including SBI, HAL, SAIL,Wipro, ICICI Bank, Nuclear Power Corporation and Hero MotorCorp among others.

Cyfirma said it had cause to suspect that two hacker gangs were behind the attacks, Gothic Panda and Stone Panda, all of which have ties to the People’s Liberation Army. CERT-In, India’s security watchdog, released an alert notice on June21 that more than two million Indians are vulnerable to cyber threats. Although there is no evidence yet as to whether the attacks are due to state-backed organizations, these cyber attacks have become a standard deterrence tactic used in recent years by countries that do not wish to engage in conventional military warfare. 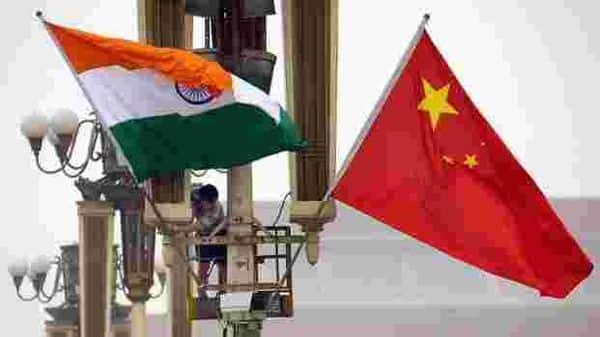 Historically, India has opted for a patience approach in dealing with cyber attacks- one that some analysts find rational considering the high degree of confusion surrounding the cyber-attack perpetrators. While conventional weapons are allowed to only be deployed by the military of a country, governments may deny their association with hacker outfits in the realm of cyber warfare. For example, the Chinese Government has denied on multiple occasions its involvement in hacking operations that originate from the mainland.

India remains highly vulnerable to cyber attacks, according to some analysts, aggravated by an inability to conduct counter-offensive operations as well. Although since 1998 China had ramped up spending in cyber warfare and cyber security, India has lagged significantly behind. In addition, the country, with its Defense Cyber Agency, still has no dedicated laws about safety and security which were constituted last year.

Given India’s lack of preparedness, some authors suggested that strengthening defense partnerships with technologically superior allies like Japan or the US, or setting up a defense coalition, could be India’s best bet to protect itself from cyber threats. This would allow the country to benefit from real-time exchange of knowledge and enhanced training.

While Chinese cyber attacks have yet to disrupt critical infrastructure, any more delay in establishing a comprehensive cyber-prevention policy will almost certainly trigger significant national security concerns down the road, especially in the sense of India’s over-relience on China imports of hardware and software.

It may be a tiny black hole indeed

Engaging in Stereotype -not right!

Delhi : Pinnacles the Record of Most Polluted Metro City in the world

Relief from extreme heat but difficulties on Streets

Elucidation of Our Mighty Constitution

Paintings for a peace calendar

A tête-à-tête with “The SWASHBUCKLER FROM ODRA DESA”

Million of jobs will fall in ruination that creates an uncertain future...

Why was Pollution Higher daytime ozone during lockdowns?